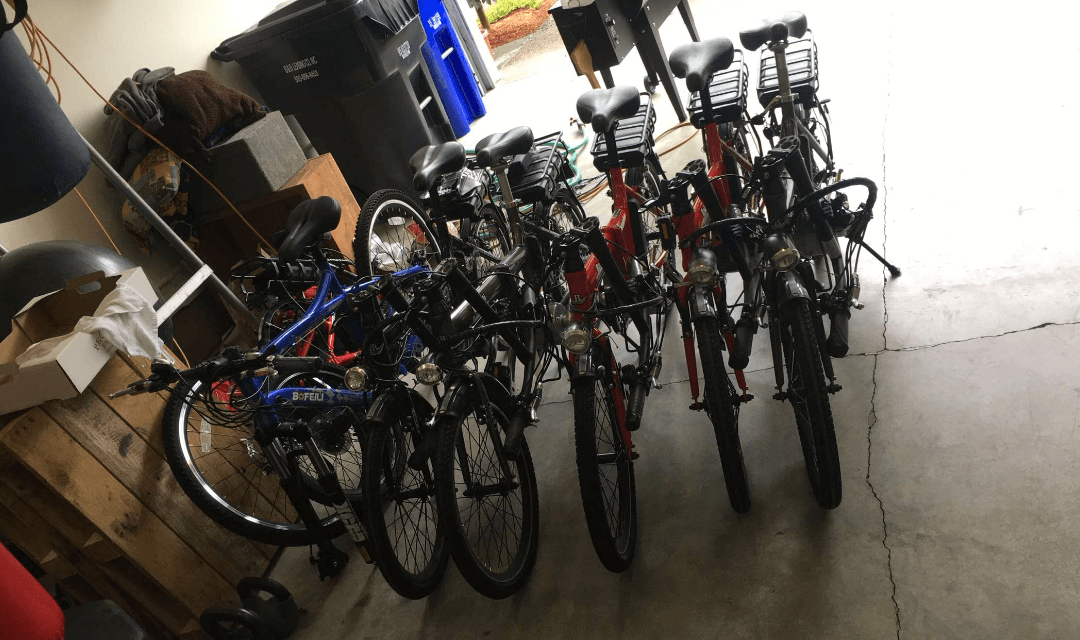 This summer, Nerds Abroad President and CEO Stephen Hodges was a camp counselor (known as a Company Advisor) at an entrepreneurship-focused summer camp called Young Entrepreneurs Business Week (YEBW). For two separate weeks, he worked with high-school students on running a production-business simulation as well as designing and pitching a product idea. You can read more about it here on the BosonHub blog:

One of the students, Tristan, pitched his idea to the group involving the use of electronic bikes with a charging port on them. As we are wrapping up our bike sales, we had some extra inventory left so Stephen offered a few bikes and parts to him to further his cause and idea. Here is a bit of his story:

This whole thing started when I was attending YEBW at The University of Oregon. We had been put into groups of nine and had been told to come up with three different product ideas and the idea that I told the team was a bike attachment that could charge your phone using kinetic energy! Everyone liked the idea so we decided to use it as one of ours to pitch to the staff of YEBW. Sadly, they said the idea was too complex for us to use due to the timeframe we had for our camp.

The next day I was walking to breakfast and this guy approached me. We began talking about the idea because he really liked it. The man I met was Stephen Hodges, one of the nicest people I’ve met in my life.  He had brought up that he had some electric bikes that if I was interested in actually carrying out my idea I could use.

Throughout the rest of the week at camp, I heard quite a few people talking about my idea and they really liked it.  This made me want to actually start testing different ideas to actually get this darn idea to become a reality.  I reconnected with Stephen, exchanged information, and then a couple weeks later I actually had the bikes on hand.

Now to get to the real business: How does this thing even work?

My original idea was to have a wheel that was on a fixed object that mounted to the frame.  The wheel would ride right on the back wheel to build the kinetic energy that would then be ran through a wire and into a portable charger to charge your phone or the charger itself to take on the go.

A little change of plans since we are going to be working on bikes that already have a power source.

I am very excited to take on this project and hopefully come out with a product for all the bicycle commuters across the world!

Catch ya next time!

We are very glad to support this young entrepreneur, and the YEBW program! Stay tuned in the coming months to see how Tristan’s business comes along. We plan on staying in close contact as coaches and mentors to help him see success in this venture.