Several months ago, our President Stephen Hodges was connected with a local school who started fundraising to open in the Fall of 2022. One of the emails that came through his inbox was a request for funding for technology. That’s when we shared with them that we could go one step further with the Nerds Abroad technology request program. Initially, they requested 10 desktop computers, and a local company here in Albany had some old engineering machines in stock that we could use. However, after learning more about their needs, they ended up receiving: 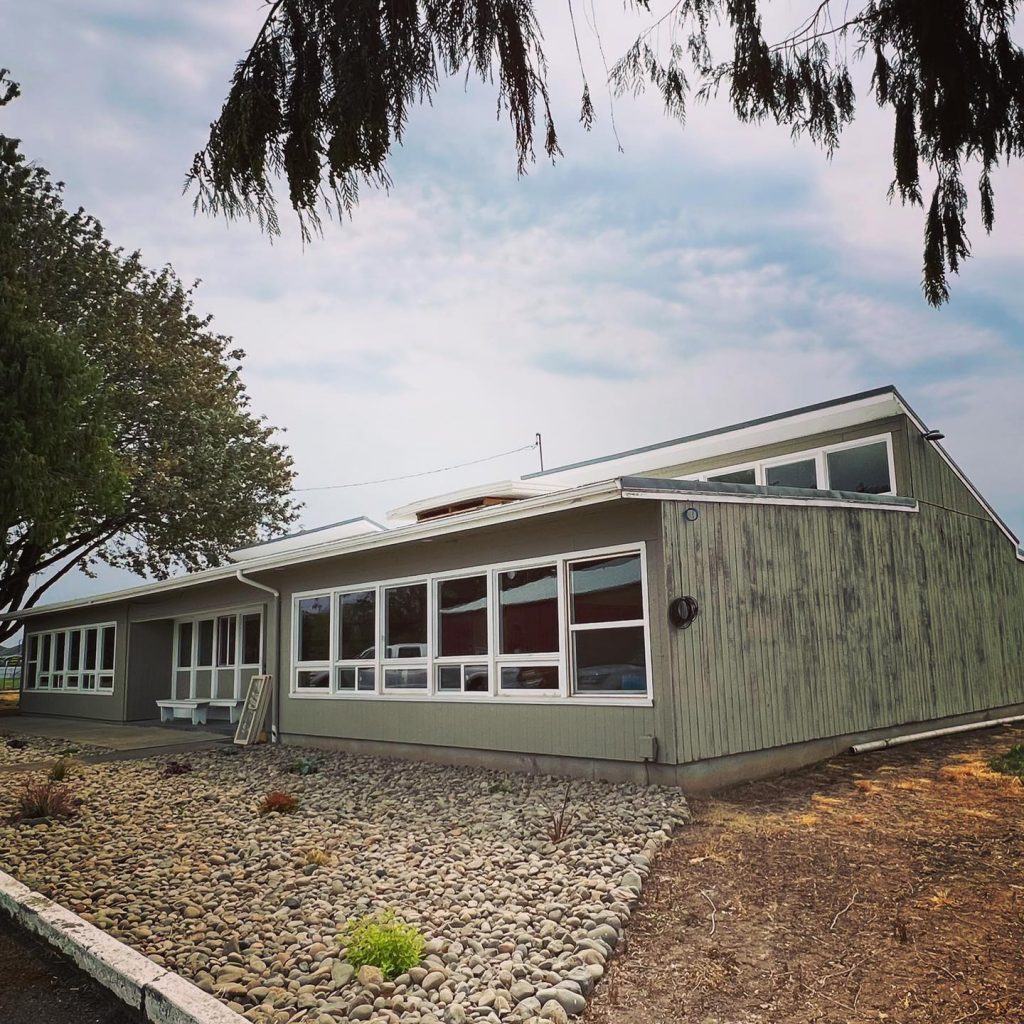 Oakville Community Christian’s building has a lot of history – it has been owned by the local community for years and is living a new life as a school.

Nerds Abroad generally does not receive desktops because they are harder to find placements, and laptops move rather quickly into new homes. However, an IT manager at different Oregon school donated 7 older style “netbooks” that were still running Windows 7, and were not up for the task of running Windows 10 (or 11 for that matter). Each of these received a brand new universal battery charger, and new batteries. In addition, 2 HP Windows 10 laptops were donated as well as a Sony Windows 7 laptop that we placed at OCC. All of these computers were converted to run Chromebook software.

For the OCC office, we refurbished a Dell desktop that is Windows 11 compatible, so they will be able to use it for many years to come. This is paired with our old HP color laser printer that was passed down a couple years ago from a partner company, and was used by Nerds Abroad materials. We are thankful for the many years of service from this printer!

We would like to say a special thank you to our donors who have provided cash donations to Nerds Abroad over the last several years, and those who have donated devices that we’ve sold on eBay for funding. These funds go towards purchasing new power adapters and batteries for donated laptops that generally need both. Funding also helps purchase solid state hard drives that give a strong performance boost to older machines.

If you have older technology hanging around your home or office, consider donating it to Nerds Abroad today! We will securely remove your hard drive (and with it, all the data), and give it to you in the process to ensure your information is safe. Contact us today to learn more!